An Historical Look at the Social Justice Movement in American Society

Critical Race Theory (CRT) is a term that is much bandied about on social media and in the press today, but the average citizen is likely to be unsure about what it is. After all, the term is non-specific in meaning, the very definition of a specious term. We know it’s got something to do with race (in America), it’s a theory (OK, an academic concept), and it’s critical, so it’s a make-or-break thing. But, put those parts together, and it’s meant to convey… nothing of any substance. So, to go beyond pundit-spout, we must look at the roots of the movement. Which the mainstream media does not (will not) cover.

The History of Marxism

The Marxist Left structured its political program based on the theory of class conflict. Karl Marx thought that the basic characteristic of his day’s industrial societies was an imbalance of power between the few capitalist have-alls (the 1% in today’s terms) and the many workers. His solution to that imbalance was revolution: the workers would at some point gain consciousness of their situation, secure the mechanisms of production, overthrow the capitalists, and thrive in a new socialist society.

Since then, many societies have enacted Marxist-themed revolutions. Each and every one concluded in sheer disaster. Socialist/communist governments in the Soviet Union, China, Cambodia, Cuba, and elsewhere ended up killing nearly 100 million of their own (expendable or non-cooperative) citizens. Theory generated from the comfort of a London library was one thing, but in practice, Marx’s ideas brought about utter societal destruction.

Marxist intellectuals in the West had finally begun to acknowledge these catastrophes. They wanted to close their eyes to Soviet butcheries and ultimately realized that worker’s revolutions could never happen in classic Marxist fashion in Western Europe or in the US, where there were already predominant middle classes and the standards of living were constantly improving. Americans had never really developed a sense of class consciousness or class division in the same sense as those in the Old World. Americans were brought up to believe in the American dream, the concept that they could rise above their beginnings via education, working hard, and practicing good citizenship.

With this realization, Marxists simply adjusted their revolutionary theory to work with the social and racial unrest happening in the 1960s. They discarded Marx’s economic theory of capitalists and workers and substituted the term race for class and initiated a revolutionary conglomerate of the abused based upon racial and ethnic categories, a move where they acted as the cancel culture on themselves! But, Americans preferred the concept of improving the country rather than overthrowing it. The Marxists needed a new strategy.

It was conceived in the 1990s, constructed upon the intellectual skeleton of “identity-based” Marxism. For many years it remained in universities and obscure academic journals. But insidiously, over the past decade, it has solidified into the default ideology in many of our public institutions. It’s been instilled in government agencies, public (and some private) schools, and human resources departments. You’ve probably seen it in the guise of diversity training programs, public policy guidelines, and school curricula. The accepted over-reach is mind-boggling. Writing for Imprimis, Christopher F. Rufo gives some examples:1

Some of the terms employed by its supporters to describe critical race theory are “equity,” “social justice,” “diversity and inclusion,” and “culturally responsive teaching.” Equity sounds benign. It’s easily confused with the American principle of equality. And really, who among us would object to more home equity? That’s got to be a good thing, right? But the distinction is important. Equality, the principle proclaimed in the Declaration of Independence, defended in the Civil War, and codified into law with the 14th and 15th Amendments, the Civil Rights Act of 1964, and the Voting Rights Act of 1965—is explicitly rejected by critical race theorists. To them, equality represents “mere non-discrimination” and provides “camouflage” for white supremacy, patriarchy, and oppression. 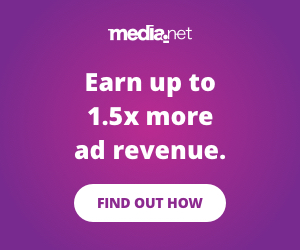 Critical race theorists and their sycophants like to project the image of themselves as benign social justice warriors, seeking only to improve the condition of society. Nothing is further than the truth. Like Antifa thugs and the more radical arm of BLM, they are Marxists who are determined “by any means necessary” to shift all the power to their control. Unfortunately, the media is only too happy to be complicit and corporate America pays them more homage than they do to consumers. That is capitalism turned on its head. Perhaps it is working after all.

What is your favorite bread?