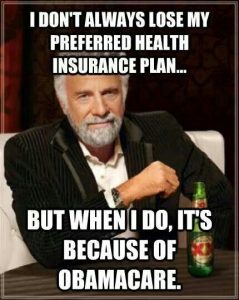 A presidential legacy is a term that is often bandied about as an indicator as to what kind of impact the president had on society and global policy. This is also true, albeit to lesser extent, with first ladies and their “pet projects.”

For most presidents the jury remains out for a while, sometimes as long as a decade, in order to give the dust time to settle. But with the Obamas, it began happening almost overnight. There is no way to sugar-coat this—the initiatives were bold but they were doomed to failure due to being ill-conceived or outright counter-American values.

One problem is that Barry Obama never really had any real world experience to prepare him for office. Even the most lowly congressional aide knows that the president of the United States doesn’t bow to a Saudi king.

Or deliver pallets of cash to the Iranians like some mafioso, just to avoid banking channels and legitimate procedure.

Even had he been the best community organizer in that economic crackerjack city of Chicago, that doesn’t really qualify as the executive experience that a job such as the Presidency demands. And nothing he did was even original; it was mostly cobbled together from the ideas of his mentor Frank Marshall Davis and Saul Alinsky both avowed communists or socialists.

If it can be called a component of a legacy, the establishment of a highly-effective shadow government was brilliant. His loyal civil servant followers continue to soldier on long after that last trip on the tax-payer’s dime.

And Michelle? Meh. She may have been a competent lawyer, who knows? But for someone to utter, “This is the first time I have been proud of my country,” only after she has landed the fattest plum of a spousal job on the planet? Oy vey! What a total lack of decorum.

Although Obama delved into many social and economic experiments consistent with his progressive agenda, only three have the dubious honor of taking center stage.

For example, venturing into the clean energy game might have been a laudable goal but doing it with no real scientific justification and rolling the dice with taxpayer money was just a bad move; there is no other way to put it. Remember Solendra? They left taxpayers liable for $535 million in federal guarantees. This kind of speculative investment is best left to the private sector because they can conduct business much more effectively and realistically.

The next failed initiative is Obamacare. Granted that it’s inception was perhaps done with the best of intentions, but it was unworkable from the beginning. Now it is collapsing under it’s own weight; the last of the huge insurance companies are bailing and Grandma can’t afford her meds.

Finally, the Iran deal brokered by John Kerry was doomed to failure from the get-go. This was a bad deal and it resonates with the Neville Chamberlain mindset when dealing with Hitler—you know; just give them a bit of appeasement and life is good. It’s not playing out so well with the emboldened Iranians now that they have cash-in-hand and an Obama absolution for all things done.

Unlike past ex-presidents, Obama hasn’t had the good grace to bow out and let the new president go about his business. He keeps his hand in it, partially some think by guiding his own shadow government with the help of his old allies and minions who are still in government employ (and are the prime suspects of carefully-planned leaks under the Trump administration).

It turns out that it is a two-edged sword. Yes, he can continue as a radical organizer on a grand scale to try to topple Trump but it also keeps him under public scrutiny. His misdeeds keep surfacing.

Michelle Obama had a laudable goal of getting American children in shape and eating right. The problem is that she approached it too scientifically and in too much of a heavy-handed manner.

Schoolchildren would hardly eat the industrial slop they were fed to begin with, but at least it was things they liked such delicacies as pizza, burgers, fries, etc. When all of this was replaced with “healthy” industrial slop the kids rebelled and most of the victuals ended up in the trash.

She also failed to take into account that kids that participated in after-school activities like sports and cheerleading were running on empty when expected to perform since they were not allowed to pack snacks on school property; many schools were instructed to frisk the kids and to dispose of “unauthorized” food items, leaving the parent’s wishes completely out of the loop.

Her stance today is summed up as, in her words, “So consumers out there – again, I don’t care where you’re from, what your party is – I would be highly insulted by that thought. ‘You want to talk about nanny state and government intervention? Well, you just buy the food and be quiet. You don’t need to know what’s in it.’ That’s essentially what a move like this is saying to you, mom. They think you don’t care because what they hear from are the people who want their kids to eat whatever they want to eat.”

Her legacy on this issue is doomed because parents don’t want to be preached to, don’t want to be told that the government does not approve of the way they handle their private and personal family relationships.

The joint Obama legacy will not likely be one that is a long time in the making. Just five months into a new administration all these lofty ambitions have crumbled into the footnotes of history. Is this good or bad? That is your decision to make, dear reader.

Kelly R. Smith is an Air Force veteran and was a commercial carpenter for 20 years before returning to night school at the University of Houston where he earned a Bachelor’s Degree in Computer Science. After working at NASA for a few years, he went on to develop software for the transportation and financial and energy trading industries. He has been writing, in one capacity or another, since he could hold a pencil. As a freelance writer now, he specializes in producing articles and blog content for a variety of clients. His personal blog is at I Can Fix Up My Home Blog where he muses on many different topics.


And Coming Up to the Mid-Term Elections

How often do you experience insomnia?